Janaye and Parker’s decided they wanted to get married amidst some of the most stunning scenery in the world. So decided to plan a Bow Lake wedding in the heart of Banff National Park. The only question was, would the snow and ice be gone by mid-June? 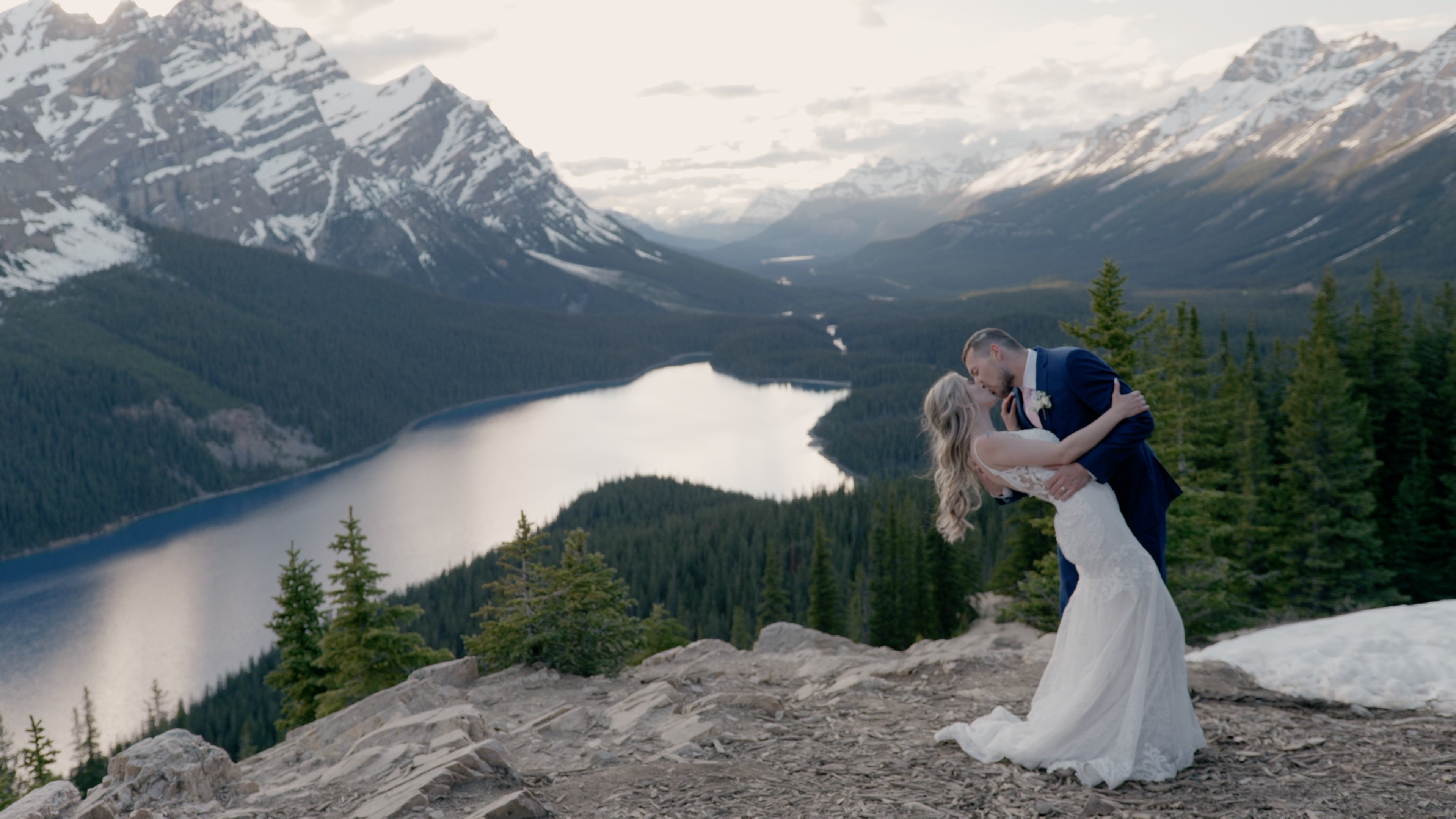 Filming in some of the world’s most stunning locations

We started the day at the Natural Bridge in Yoho National Park, a gorgeous spot close to Field B.C. and Emerald Lake. From there it was off to join immediate family for the wedding ceremony at Bow Lake in Banff National Park, about an hour’s drive away.

Ice on Bow Lake in Mid-June

To everyone’s surprise, despite it being mid-June, Bow lake was still mostly covered in ice. In addition to the formal civil ceremony, Janaye and Parker included a sage ceremony to acknowledge their indigenous heritage and their close connection to the land.

Climbing through the snow at Peyto Lake

Ceremony and family photos done, it was off to the overlook at nearby Peyto Lake. While the lake was ice free, the ridge above still had a couple of feet of snow on the ground. Not a problem for this adventurous, travel-loving couple. Being careful not to slip on ice, we climbed the trail to the top for a fun creative photo/video session.