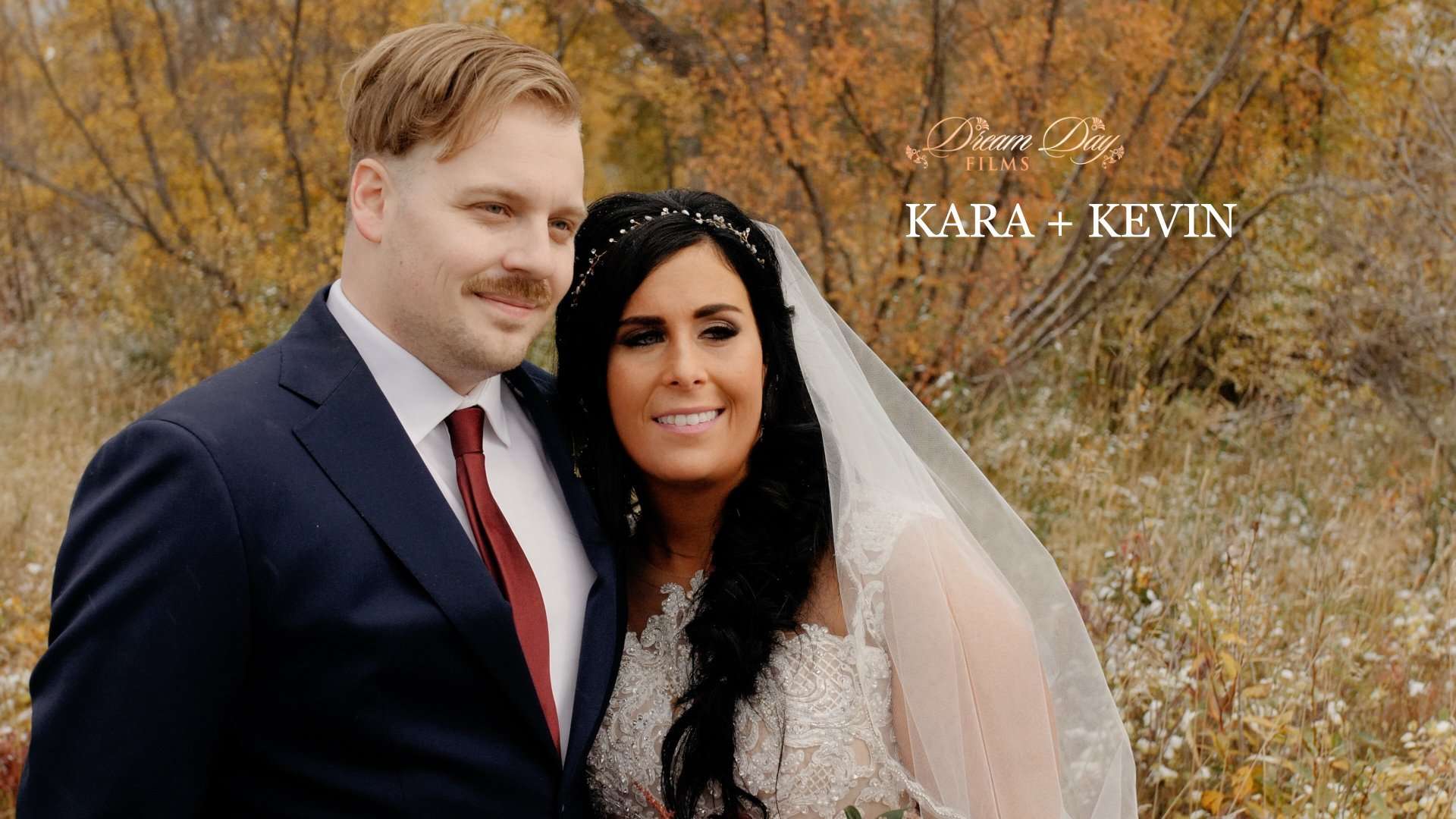 When it comes to fall weather on the prairies, you never know what you’re going to get. Kara really wanted to have a wedding with the beautiful golden colours of fall. Like pretty much any other bride, for her Calgary wedding what Kara didn’t want was snow.

A Snowfall Warning for Calgary

As her wedding date approached, Kara looked with more and more concern at the weather forecast. Snow! Not at all unusual for Calgary at this (or really any) time of year. And sure enough, the night before she and Kevin would tie the knot southern Alberta received a big dump of the unwelcome white stuff.  While most of it melted, the snow would continue to come down intermittently throughout the day.

Blue skies are great, but as wedding videographers we know they can cause problems when filming outdoors. Harsh shadows. Blown out highlights. On the other hand, overcast skies cast a gorgeous soft light. It’s almost like having a giant softbox overhead. And while nobody likes shivering on a cold day, gently falling snow can create a stunningly beautiful effect on video. Horizontally blowing snow in a blizzard, not so much.

We began the day filming Kevin getting ready at the Deerfoot Inn. He was clearly excited, badly wanting to see Kara and get the day rolling. Then off to Kara’s family home in Okotoks. Snow had starting falling again, adding a magical touch to the scenery. We could see Kara’s wedding dress hanging in an upstairs bedroom window as we pulled up.

Naturally Kara was feeling a little stressed by this point. She hadn’t gotten the weather she’d hoped for, and to make matters worse, she’d discovered a small rip on the back shoulder of her dress. Some quick repairs fixed that, but she worried it might still be visible. You might notice it if you looked really closely, but it became invisible once she had her veil on. Crisis averted! It’s just one of those things that can happen at a wedding.

Kara’s visible emotions made it clear she was really focussed on seeing Kevin for the first time. The ceremony was approaching rapidly now, and Okotoks United Church wasn’t far away. Kara and Kevin are from Calgary and Edmonton respectively, and both are avid sports fans of their hometown teams. With guests arriving from both cities, they made choosing which side of the aisle to sit on pretty obvious. Two ushers, one in a Flames jersey (for Kara’s side), and one in an Oilers jersey for (Kevin’s side.)

Reverend Jonelle McLellan presided over the ceremony. Once it was over, Kara and Kevin held a receiving line in the church lobby and thanked all their guests for attending. Then it was out to their limousine for a short ride to Laudan Park, on the west side of Okotoks. Snow had started falling again, along with a brisk wind that made it quite cold outside. But from a wedding filmmakers perspective, the mixture of fall colours on the trees and falling snow made everything look incredible. We got some great footage, but it wasn’t long before the shivering wedding party became anxious to find warmth and a hot meal.

Kara and Kevin had a big turnout for their Calgary wedding reception in the ballroom of the Deerfoot Inn. Kevin’s Uncle Jack did a fantastic job as MC. After their grand entrance, dinner came followed by speeches. Then the main event for the evening, the newly married couple’s first dance as husband and wife, with the dance floor illuminated by a stunning gobo from Split Circuit Sound. Be sure to check out Kara and Kevin’s wedding film above to find out all about their touching love story.

Music: “My Love Will Not Change feat. Jordan Critz – Instrumental” by Marie Hines, “Wildest of Dreams” by Tyler Williams, “Rest of Our Lives” by The Light The Heat, licensed through MusicBed 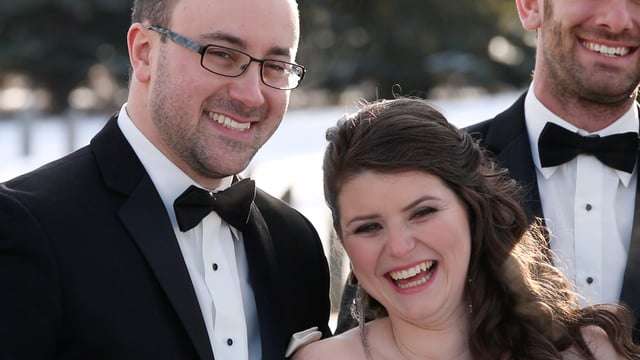 Taryn and Perry’s wedding featured snowflake-themed décor, an emotional first look, candle-lit ceremony, and high energy live music. The day had it all! Taryn and… 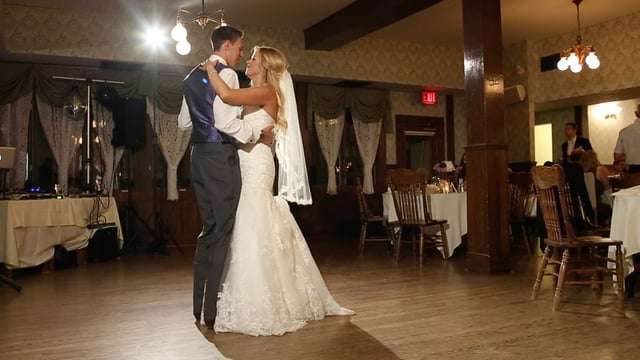 Spencer and Amanda were looking for a small town feel for their Calgary wedding. And they found the perfect venue when they decided to have…

Diana & Troy met through mutual friends in Calgary’s soccer community. Talking to each other was easy, but even with their instant rapport, friends had… 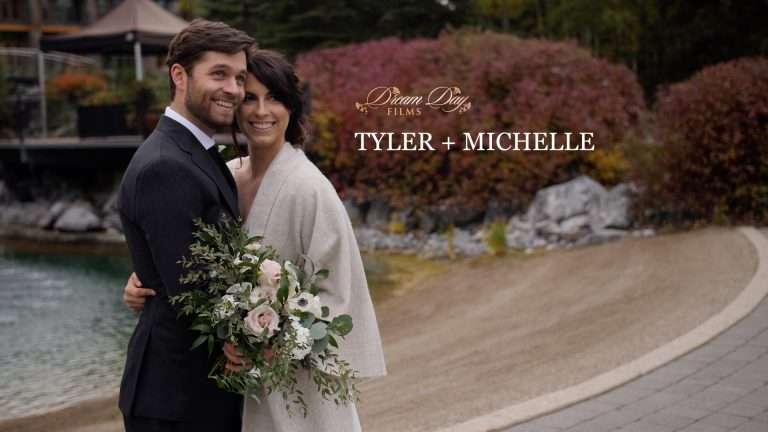 Tyler and Michelle have the same taste in music, and it has played a big role throughout their relationship. But even so they managed to… 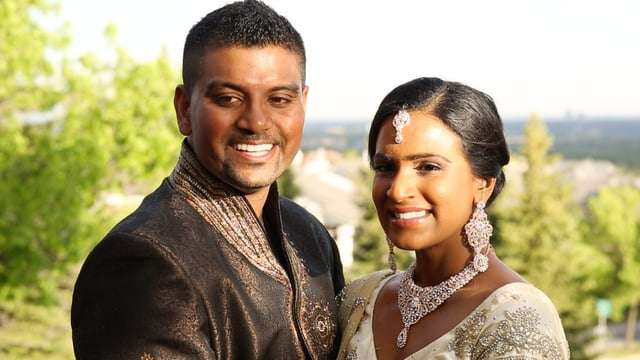 Shajib and Danushki have known each other since high school, and despite competition from Shajib’s love of Cricket, have been a couple for 12 years….

Out of the blue, we were contacted by the RightThisMinute TV Show, who wanted to feature Ivy and Jay’s Lake Louise (and Moraine Lake) wedding….