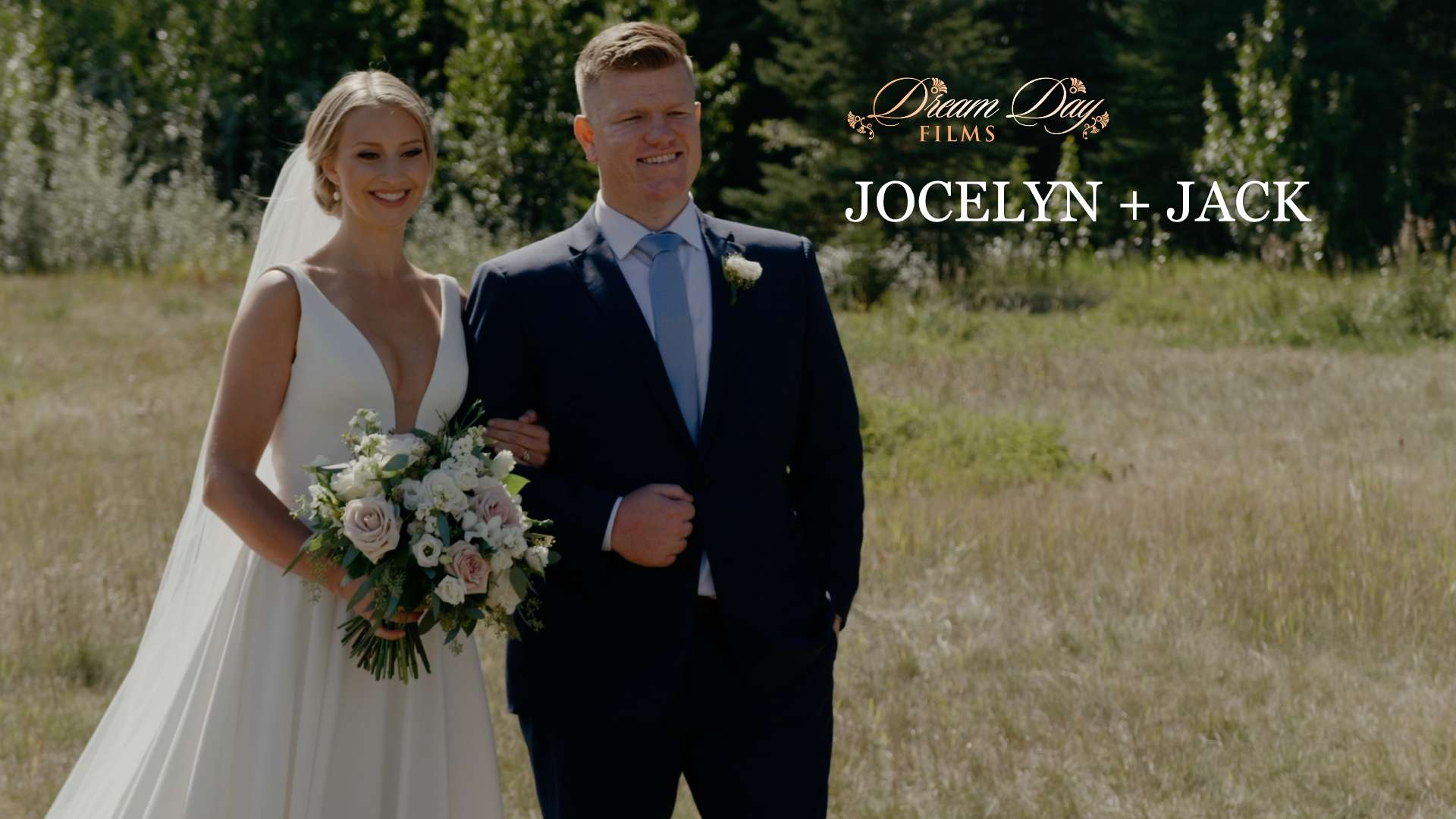 It seemed like circumstances were conspiring against Jocelyn and Jack ever being able to have their dream Canmore Ranch wedding. Jack had experienced a very tough few years, losing both his parents. And then there was the seemingly endless pandemic restrictions that necessitated rescheduling dates. And then there was more bad news. Jack is very close to his family, and learned that his sister couldn’t come from Hong Kong due to travel restrictions. But despite those obstacles, and the sadness of departed family members, he and Jocelyn decided that the time was finally right to try and get it done. 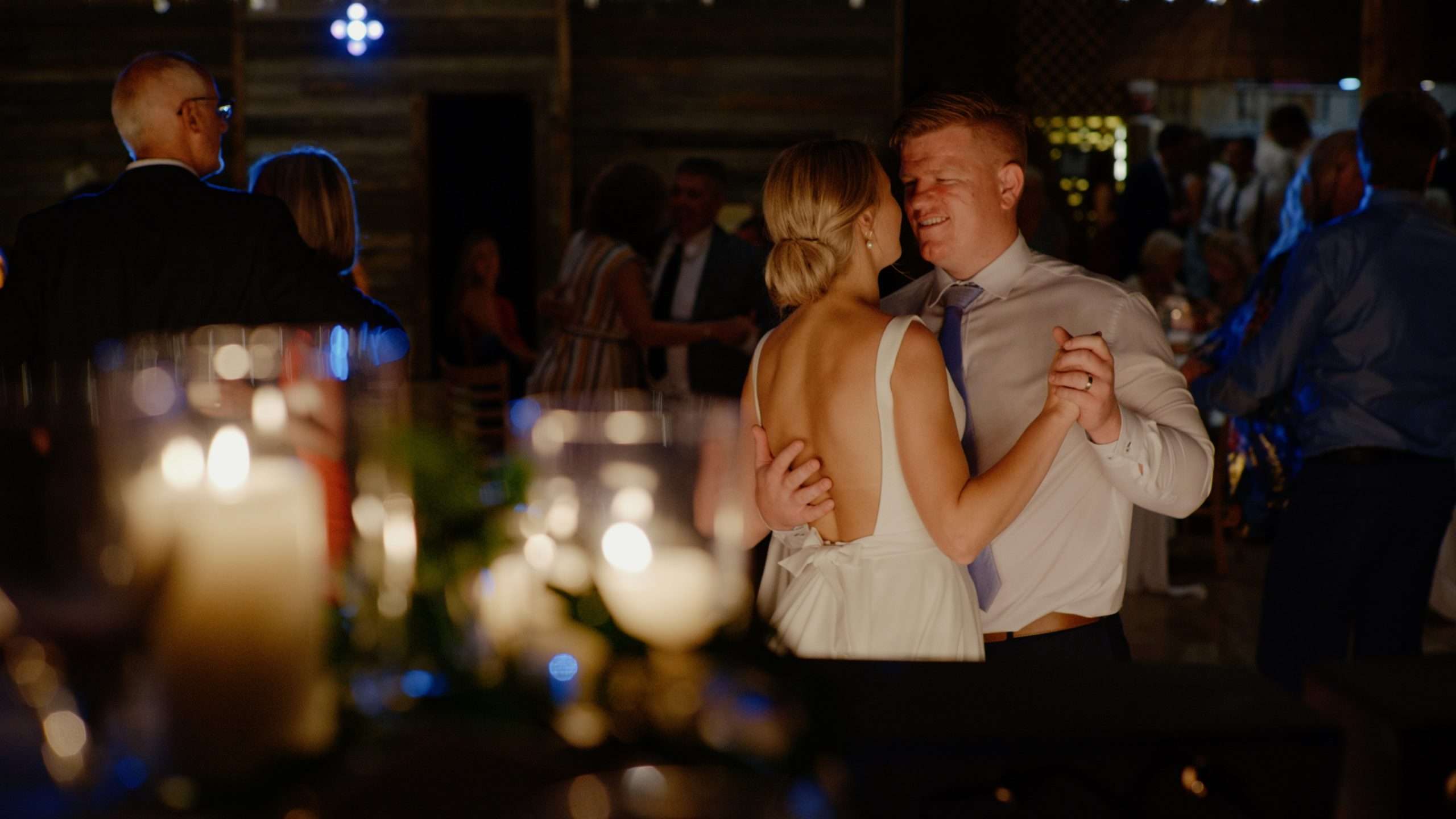 Getting ready in Canmore

Jocelyn and Jack started preparing for their big day in separate rooms at the Blackstone Mountain Lodge in Canmore. It was a glorious late summer day, with sunny skies and light winds. We filmed a little scenery of the valley, then joined first Jack then Jocelyn to film the final stages of them getting ready and to film short interviews with each. We were joined by the ever-fun duo of Afton and Liam of Film & Forest Photography.

The plan for the rest of the day called for a trip to Quarry Park for a first look, a portrait session, the Canmore Ranch wedding ceremony, family pictures, and finally a reception at the Cornerstone Theatre. We joined Jack in a wooded area at Quarry Park, waiting patiently for his bride-to-be in a secluded glade.

Jocelyn’s sister put in her veil at the top of the trail into the forest while the bride-to-be decided on the best way to get Jack’s attention (you’ll have to watch the wedding film to see.) We set up our cameras for the first look, doing our best to stay well back and be as inconspicuous as possible for such an intimate moment. Jack and Jocelyn then exchanged personal vows in the forest clearing.

Then it was time for the photo/video session and portraits of the couple. We did those at Quarry Park with the stunning backdrop of the Rocky Mountains for all of our video footage. There wasn’t a lot of time available for this, but we still managed to capture more than enough great shots of Jocelyn and Jack. Afton is one of the best we’ve ever seen at this. She works really well with videographers and helped make the portrait session a breeze.

With the First Look and Portrait session completed, we headed down the hill and across town for the actual Canmore Ranch wedding ceremony, with all guests in attendance. Two seats were set aside for Jack’s absent parents. The ceremony officiant was Jack’s best friend Ryan. A nice touch! He filled in the guests with some of their story, presided over their exchange of legal vows, then joined them for a group photo after.

Jack popped a bottle of bubbly in front of the group, then everybody relaxed while enjoying champagne and refreshments. Afton and Liam carried on with family photos. We always like to film some of this as we usually get some nice candid and behind-the-scenes footage for the wedding highlight film. Jocelyn had also requested the raw video footage.

And then it was off to the reception at the Cornerstone Theatre, a short distance away from the Canmore Ranch. Everybody arriving had their picture taken with a polaroid camera and were able to post the resulting photo in Jocelyn and Jack’s guest book and write a note to the happy couple. A nice touch!

Dancing was a theme for the day. It had played an important role in Jack and Jocelyn’s story from the very beginning. It began with him asking her to dance when they first met, and at the reception they decided to choreograph their first dance. They were both a little nervous about how it would turn out, but they wanted to do something a little different than simply circling and swaying. For them both, spending time together practicing before the wedding actually turned out to be the best part of the whole wedding planning experience!

Music | “A New Home” by Max LL, “It’s Just The Beginning feat. Roary by Marie Hines, “Ready to Fall” by Boundary Run, “Rest of Our Lives” by The Light The Heat, all licensed through MusicBed. 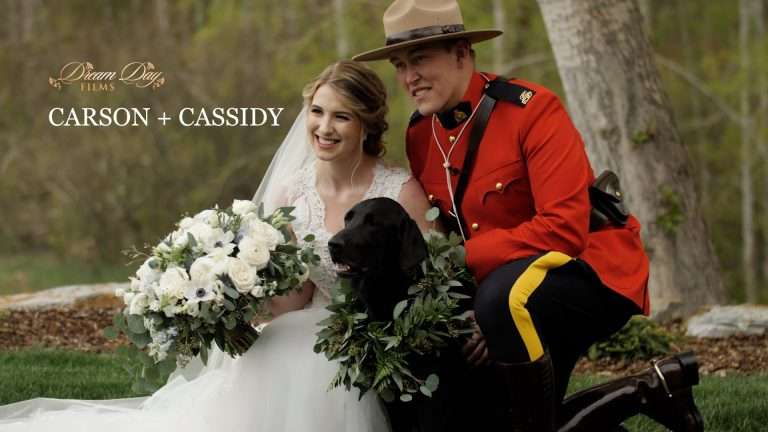 A white dress and the red serge of an RCMP wedding always make for a stunning colour combination. Add mountain scenery and it’s about as… 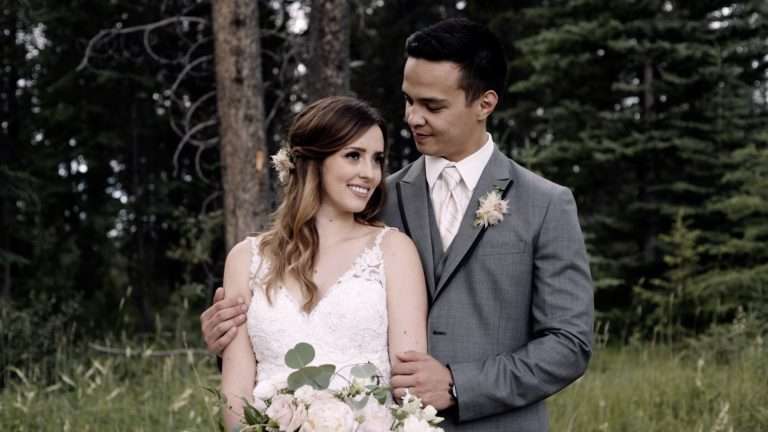 Proposing in a photo booth? Strangely, that’s what Curtis did! But it makes perfect sense when you discover that Curtis and Laura have been together… 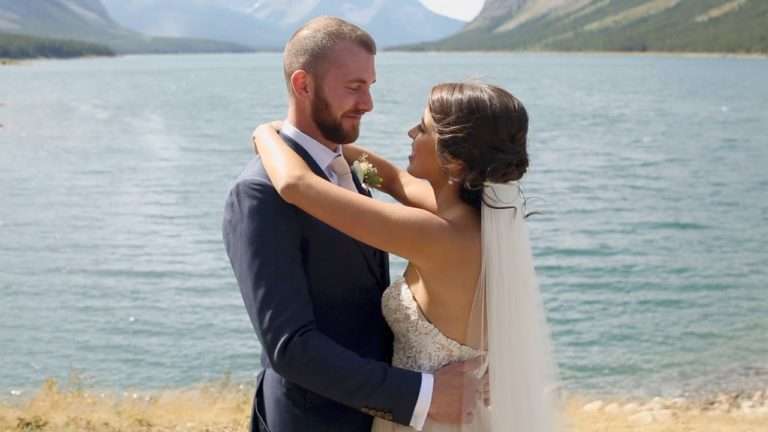 Jared & Rhian are a fun-loving, adventurous couple with a love of the mountains and travel. They’ve known each other since high school, but didn’t… 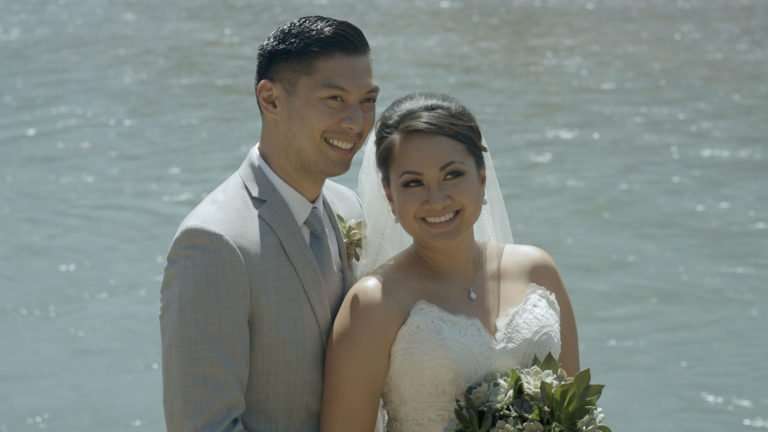 Angelo and Athena met online. Agreeing to meet for coffee, the attraction was immediate. That first coffee date turned into a conversation that lasted the… 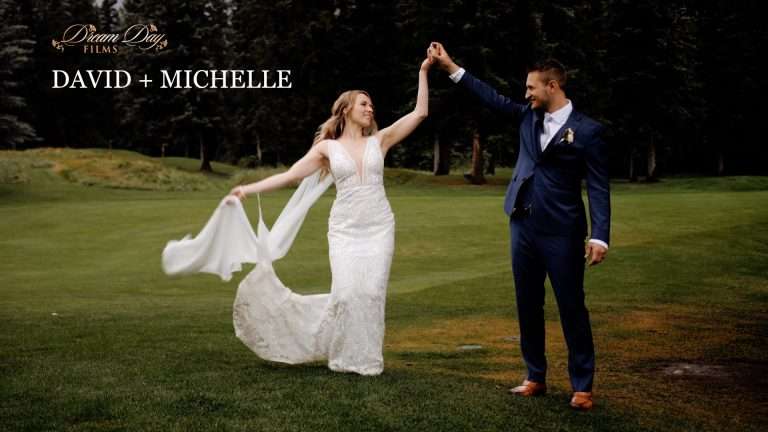 David and Michelle wanted to pull a huge surprise and then watch everyone’s response again later in their Canmore wedding video. But keeping a big,… 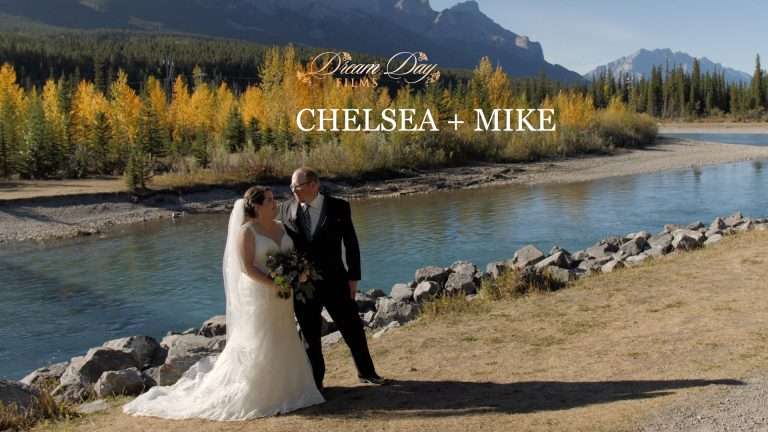 With the arrival of the pandemic, for many weddings videography has become a must have. After being together for 8 years, Chelsea and Mike wanted…