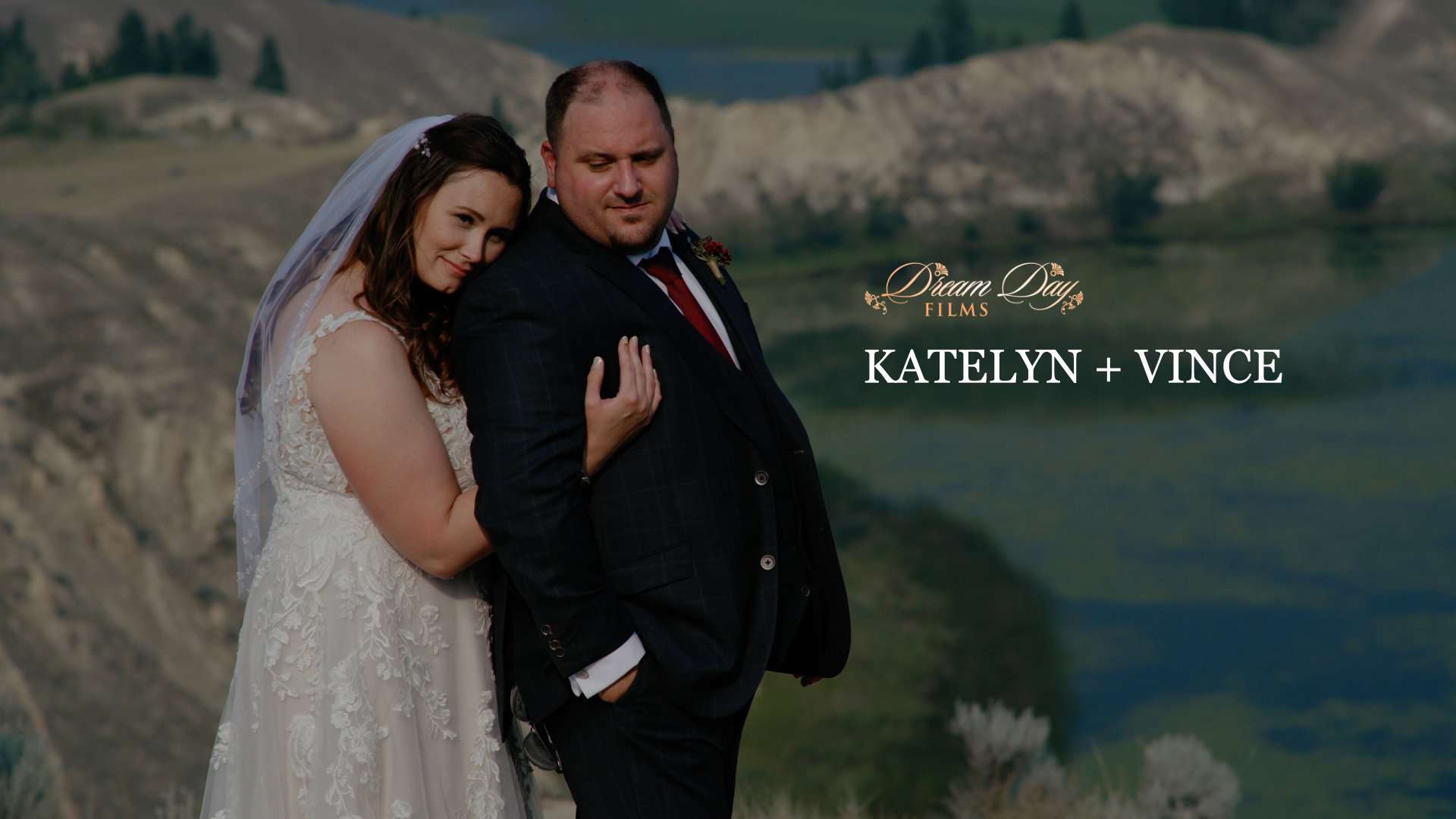 Nobody understood why Katelyn hadn’t bothered to buy a car and refused rides to University. Instead, she preferred taking the bus, day in and day out. What was the big mystery? Who sits on a bench patiently waiting for a bus and even turns down a ride from a passing friend going to the same destination? They tell their story in this Invermere wedding video. 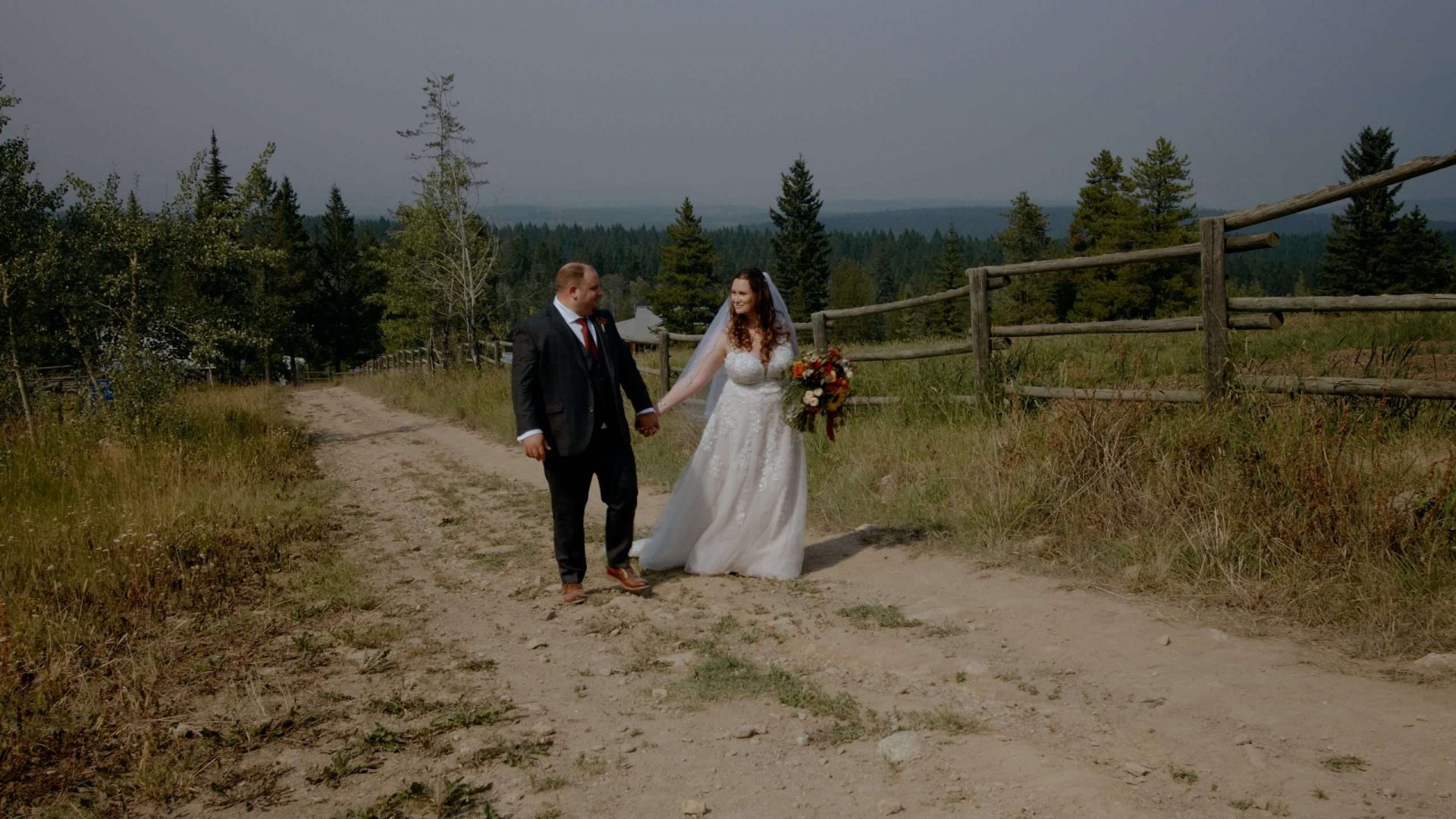 A Beautiful Location for their Invermere Wedding Video

Mountain weddings and elopements are becoming increasingly popular, and during the summer it can be a real challenge to find a venue that’s available. But there are some real gems out there that might not be as well known, and Katelyn and Vince found one of them.

The House of the Friesians is located in the mountains near Invermere, B.C. For a couple flying in from Windsor, Ontario, it’s a bit more of a drive from Calgary than Banff, but the trip is well worth it. Not only for the stunning scenery you’ll see along the way, but also for the chance to visit the beautiful Columbia valley.

Getting Ready at the House of the Friesians

The views from this rustic mountain ranch are spectacular! Plus it’s always nice to have accommodations and venues all together in one location. Vince and his groomsmen got ready in the “barn,” and Katelyn a short distance away in the more remote and hidden “cabin.” It’s nice to have that easy separation so that the bride and groom don’t catch a glimpse of each other too soon, while at the same time having everything close by.

The location for the wedding ceremony was in an open field located between barn and the cabin. The House of the Friesians is situated high above the Columbia Valley and features a decorated arch and spectacular views. Unfortunately, on this day smoke from distant forest fires in B.C. largely obscured the view across to the Rocky Mountains. But the much closer Purcell Mountains still framed the venue from the west. The nice thing about an Invermere wedding video is that it’s almost impossible not to capture some fantastic scenery!

Katelyn Arrives With the Help of a Friesian Horse

Since the majestic Friesians horses – many of which have featured in Hollywood Films – play such an important role at this mountainside ranch, it was only natural that Katelyn should arrive by horse-drawn buggy. Once she’d dismounted, her father walked her up the aisle to a waiting Vince, clearly trying to keep his emotions in check.

With the ceremony over, family photos immediately followed, then a quick break to cool off and have some food and water. The photo/video session continued at the House of the Friesians, before the wedding party piled into a few vehicles and headed out to some nearby locations. With plenty of time between ceremony and reception, everything followed at a relaxed, low-stress pace.

After spending some time paddling a canoe and walking to a stunning viewpoint above the valley, it was time to relax and enjoy their reception back at the House of the Friesians. There’s a separate building next to the barn with floor to ceiling windows that is used for this. It’s very much in keeping with the rustic, horse-themed feeling of the ranch.

So in the end, turning down rides and riding the bus everyday paid off for this happy couple. Congratulations to Katelyn & Vince!

Music | “We Were Made For This” by CHPTRS, “If Only My Heart Could Speak” by Cody Fry, both licensed through MusicBed 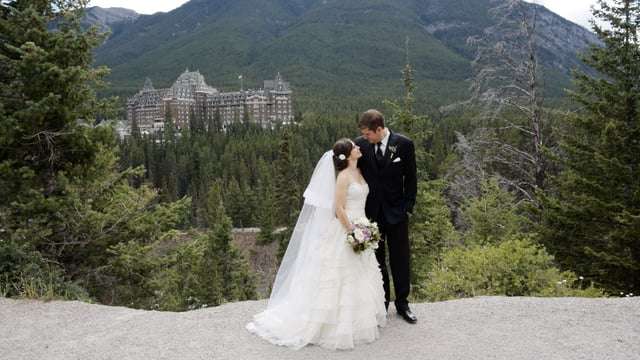 Victoria has a unique family connection to the church in which she and Paul were married: her great Uncle was the architect and served as… 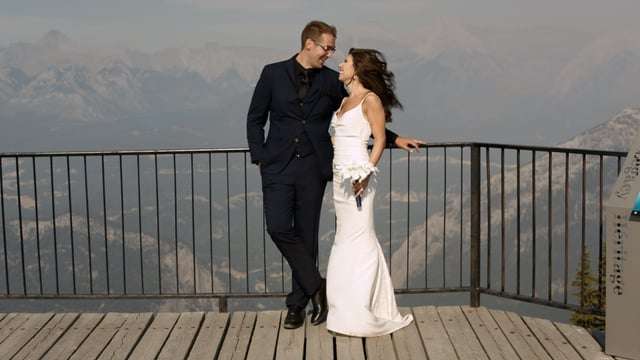 Miranda didn’t just want her guests to attend her and Chris’s intimate Banff wedding, she wanted them to have an experience. And so she hinted… 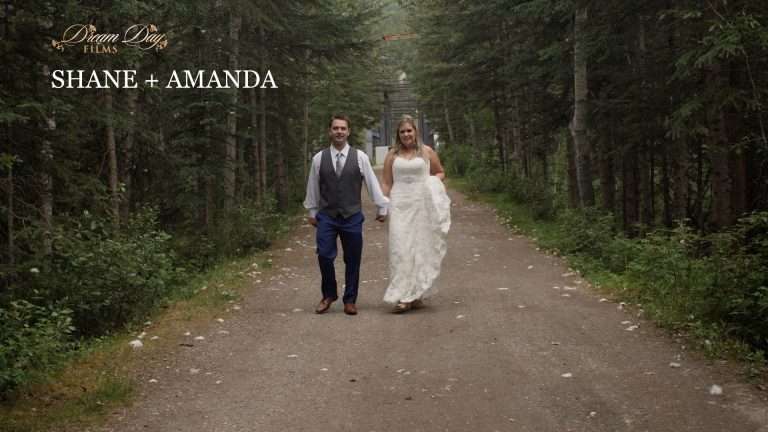 Shane met Amanda at a meeting in Fort McMurray. She was shy and a little introverted. He was focused on work. But the two hit… 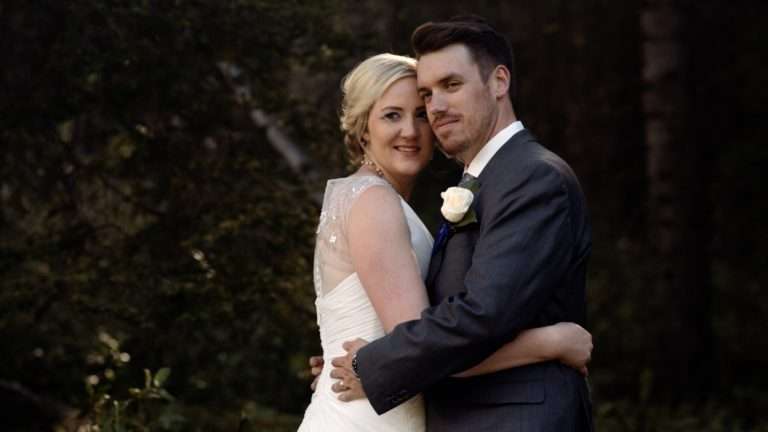 For a couple who love exploring the mountains, Mount Norquay made for the picture perfect location for a wedding. A Banff wedding is always special,… 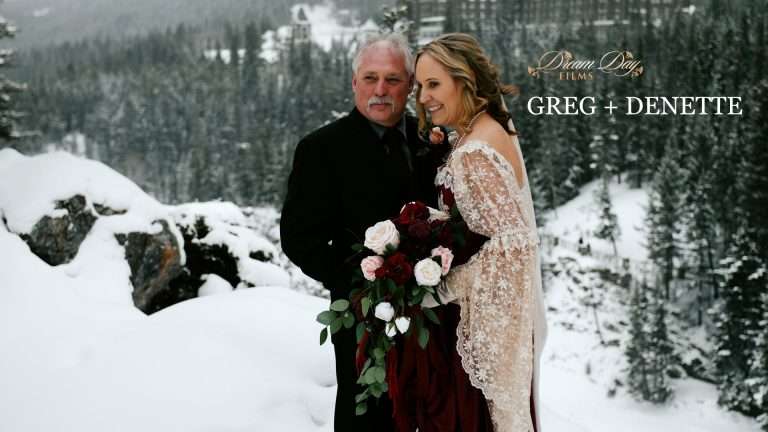 Since Denette and Greg met while boating, Banff Springs Hotel might seem like an odd choice for wedding location. But it all makes sense when… 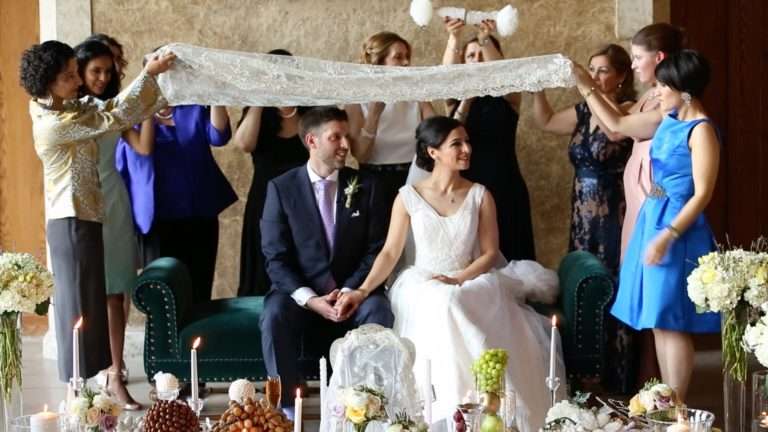