A Mennonite wedding is always a time for family, faith, and love. They’re usually big events too. Unfortunately, wedding plans shut down by pandemic restrictions became a recurring theme this year. But Rachel and Stephen had no intention of letting that stop them.

The original plan was for a big wedding that would feature extended friends and family. And in the western Canadian Mennonite community, that means a lot of people! With the arrival of the COVID virus and limits on size of gatherings, Rachel and Stephen had to come up with a new approach. Anxious to get started in their new life together, delaying any more than absolutely necessary wasn’t an option.

Both of them had grown up on farms, and so the next idea was to hold an outdoor wedding at the home of Rachel’s parents. Plenty of space, natural ventilation, and ease of allowing for social distancing made this the natural choice. But the still wanted to be able to share with everyone they wanted to invite, but couldn’t. Rachel’s Mom decided on a video, and started looking for videographers.

ILooking for a wedding videographer in Calgary seemed the best place to start. The big city isn’t too far away and there would be lots of options. As it turned out, Dream Day Films has filmed a number of weddings in and around the town of Brooks, including several on family farms. If you do a great job with one couple, it tends to snowball and you end up filming quite a few weddings of their friends, too. Rachel’s Mom contacted us, and we were more than happy to travel out to Rosemary and help out with Rachel and Stephen’s wedding.

The week of the wedding approached, and it soon became clear that there was going to be another problem: the weather. June is usually the rainiest month in Alberta, although it has usually dried out by the end of the month. This time it flipped, with heavy rains in the forecast for the final weekend of June. So plans changed again. Instead of an outdoor ceremony on the farm, Rachel and Stephen would get married indoors, in a church.

Rosemary Alberta is a small town a little west of Brooks. It has a beautiful church, perfect for a Mennonite wedding and big enough for easy social distancing. We started off the day at Rachel’s family farm. It had rained most of the week, but thankfully it had finally stopped. After putting on some mud boots thoughtfully provided by Rachel’s Dad, we filmed Stephen getting ready in an RV parked near the barn. Rachel got dressed in the family home. After that, after a short drive, we arrived in Rosemary and filmed the church ceremony.

A reception followed, also at the church. Friends and family had done an amazing job of decorating the hall. A few great speeches, some cake cutting, and snacks followed, and then off for family photos. Emerging from the church, blinked, startled by the blue skies and sunshine that had largely replaced the scudding grey clouds we’d experienced earlier in the day. We started with some video in a nearby park.

After that it was back to the family farm and family photos. We like to film some of this behind the scenes, but understand this part of the day is really the photographer’s show. Once the family pictures were done, it was time for a creative photo and video session with Stephen and Rachel. We stuck mostly to grassy areas and the garden, dodging the puddles and mud that are unavoidable in some areas of a working farm. The day turned out great, and we were very happy to be able to help the happy couple share it online with everyone who couldn’t be there!

Music: “Good to Me” by Audrey Assad, licensed through MusicBed 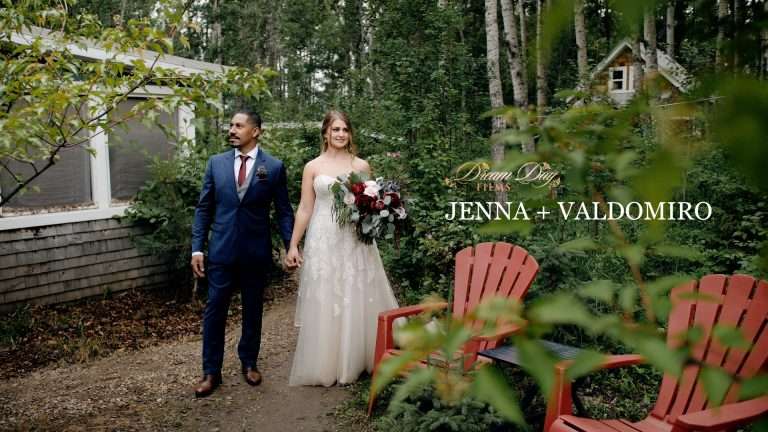 Jenna & Valdomiro actually had two weddings. The first took place in Brazil. The second was this Buck Lake wedding in Alberta, only a few… 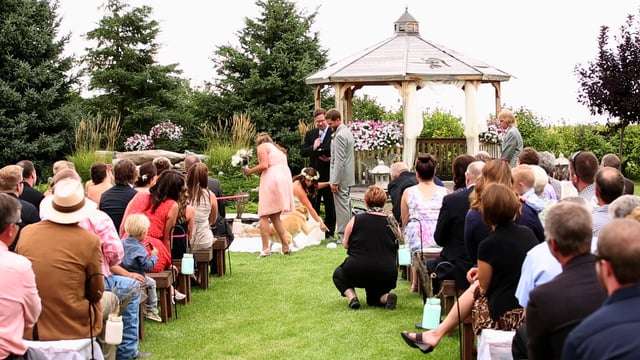 Curtis’s family did an amazing job preparing everything for his and Renée’s farm wedding just outside Brooks, Alberta. Such a beautiful setting. An oasis on… 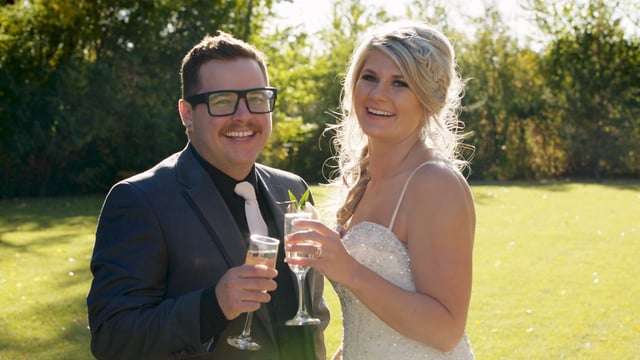 Lindsay first told us three years ago that one day we would be filming her ranch wedding, and so it came to pass! Chase and… 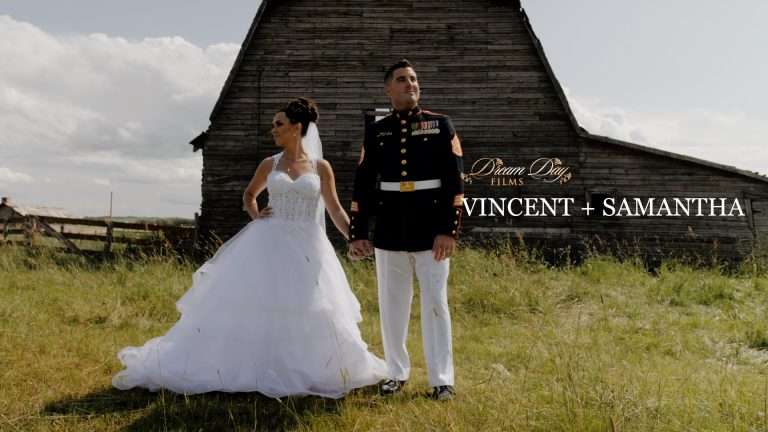 When planning her wedding, Samantha had a bit of a quandary. Have a destination wedding in Hawaii, where she and Vince met? Or a country… 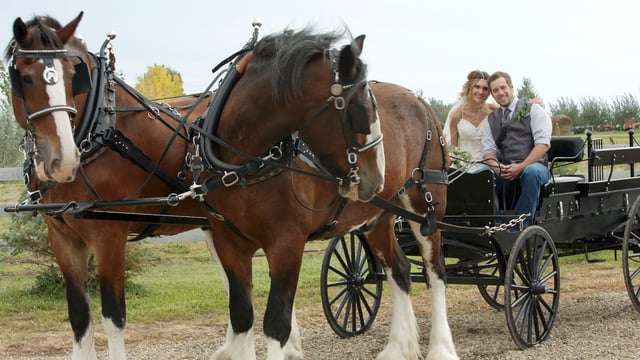 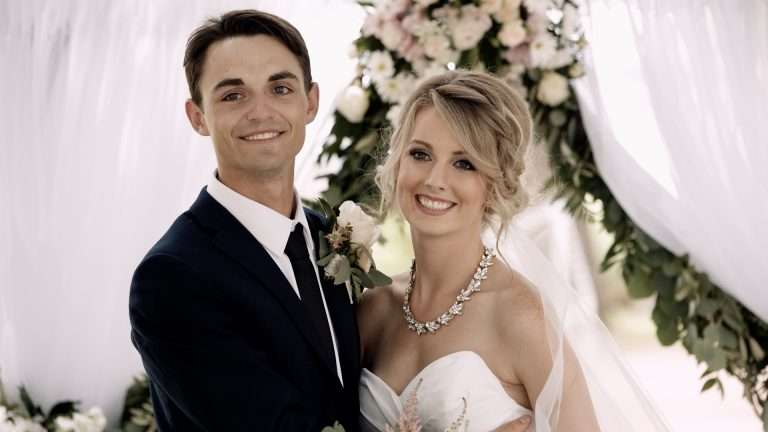 Jesse and Morgan dated in high school, but separated after graduation for work and school in different provinces. But Morgan had always carried a torch…