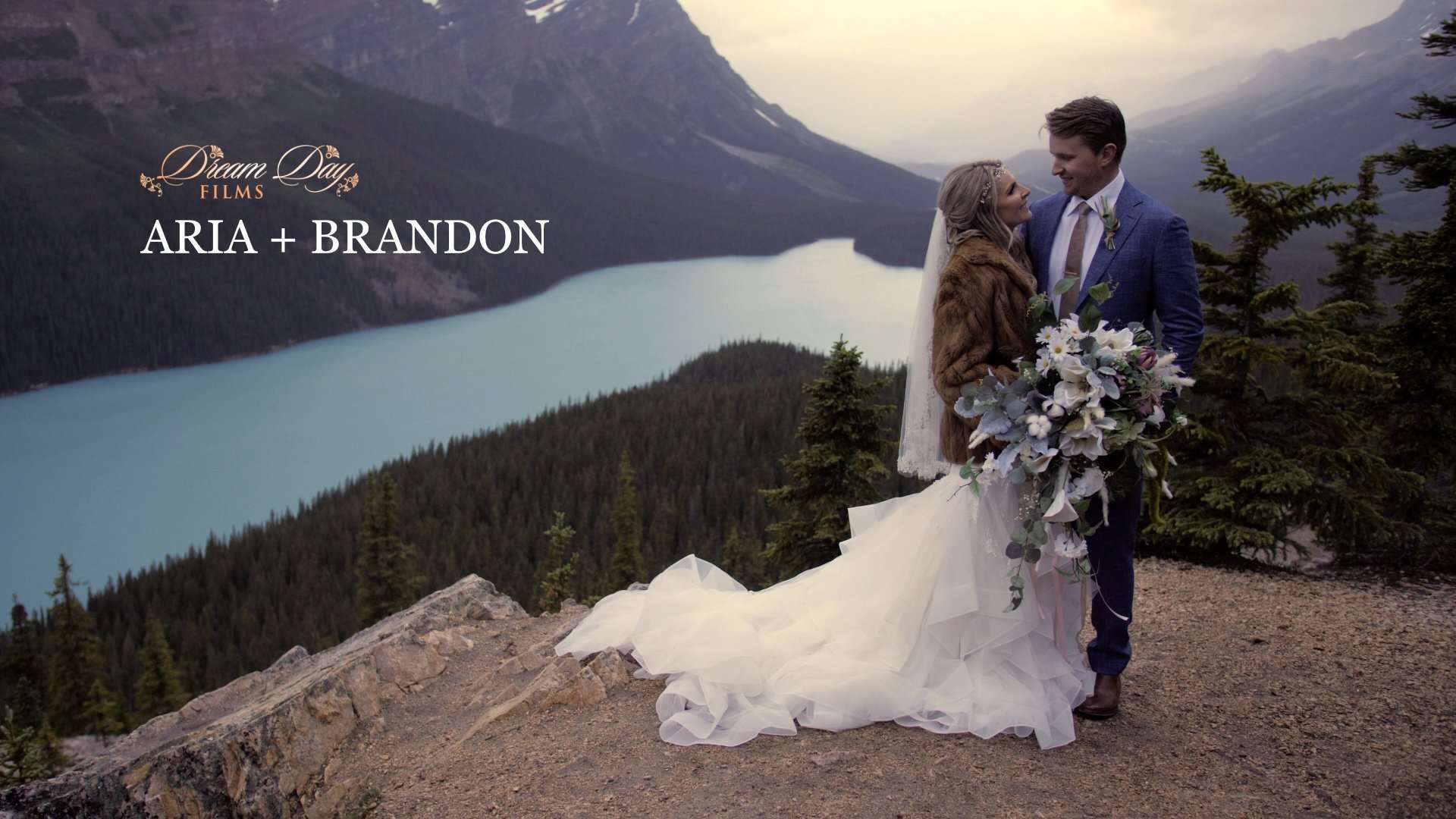 Aria and Brandon challenged themselves to find an intimate, adventurous location for their wedding. Searching online, they decided a Peyto Lake Elopement would be perfect. But this Colorado couple wasn’t going to make it easy!

Peyto Lake becomes quite popular in summer. Arriving in Banff, Aria and Brandon decided to scout out the location they’d chosen in advance. They drove north, past Lake Louise up the Icefield Parkway, and arrived at the visitors centre for Peyto Lake. A short hike took them to the top of the ridge above the lake and a wooden platform overlooking the valley. They quickly realized it wouldn’t do. There were simply too many people!

This didn’t dissuade Aria and Brandon. They were determined to have their Peyto Lake elopement. Why they needed was a more secluded location, a way from the crowds. So they left the tourist area and ventured down the side of the mountain. It was steep, with little more than goat paths between the trees, but eventually they found a natural ledge that would work perfectly.

Originally the plan had been for both of them to get ready in Lake Louise. But because they’d now have to climb down a steep slope, Aria and Brandon decided they would get ready in the forest by their chosen ledge. No sense in risking wedding dress and suit scrambling down the side of a mountain!

Both sets of parents had come along, and were given the job of setting up a temporary shelter in the trees. Weather on the day they visited Peyto Lake for the first time was perfect: sunny and warm. Unfortunately, on their chosen wedding date, that had changed. As can happen in the mountains, clouds, cold, and rain had descended on Banff National Park.

Getting Ready in the Forest

Fortunately, the rain only passed in occasional squalls rather than a torrential downpour. There would be windows of good weather! We arrived find Brandon and both sets of parents had already started setting up. They guided us down to their ledge, and we began filming the erection of the shelter and Brandon getting dressed. It’s a good thing modern cameras and equipment are much more lightweight and portable than they used to be. Mirrorless cameras and carbon-fibre video tripods are definitely the thing for adventurous elopements!

Aria appeared, slowly descending from the ridge, holding her umbrella high and smiling with happiness. With the help of both mothers, she got dressed inside the temporary shelter. Aria’s father waited patiently for her to appear, and things got quite emotional when he turned and saw her for the first time in her wedding dress. Taking her by the hand, he led her through the trees and out to the ledge for the beginning of Brandon and Aria’s Peyto Lake elopement ceremony. Thankfully the rain had stopped just in time!

Officiant for the ceremony was the Reverend Cynthia Beare. A real trooper, too! Not only had she climbed down the side of the mountain, but sheltered as best she could while waiting patiently in the cold and rain for proceedings to begin. Somehow she managed to still look immaculate. Aria and Brandon spoke their emotional personal vows to each other, rings were exchanged, and  the ceremony was complete.

The weather had slowed the pace of everything quite a bit, and the darkness of night now wasn’t far off. Family photos came next, followed by a creative portrait session with photography and videography. There wasn’t a lot of time to work with, and the rain and wind made it a real challenge. Nicole the photographer had thoughtfully brought along some umbrellas for the couple to use. Holding them, the newly married couple had to be careful not to venture too close to the edge of the cliff with the frequent strong wind squalls. Congratulations to Aria and Brandon on successfully pulling off their beautiful Peyto Lake elopement, despite the challenging location and conditions!

MUSIC: “You and Me” by Ed Patrick and “On the Mountain by the Sea” by UTAH, licensed through MusicBed. 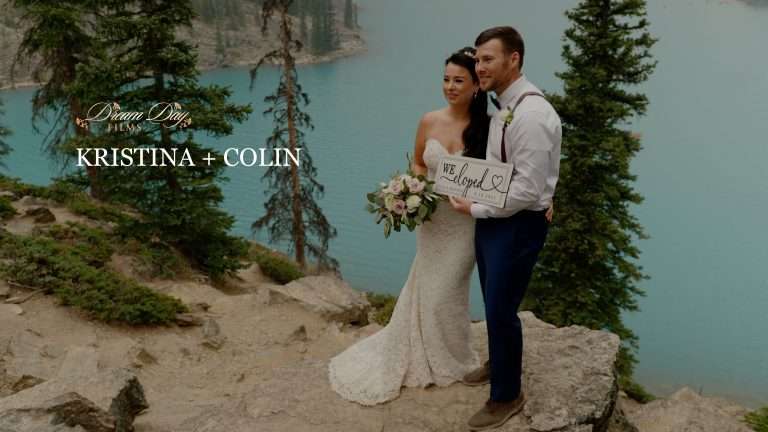 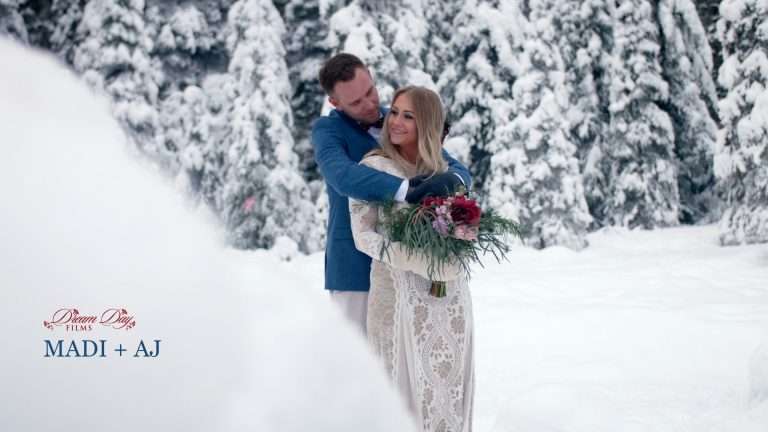 Madi and AJ are two shy, easy-going Aussies with a love of travel. They had originally intended to get married in Bali, but instead decided… 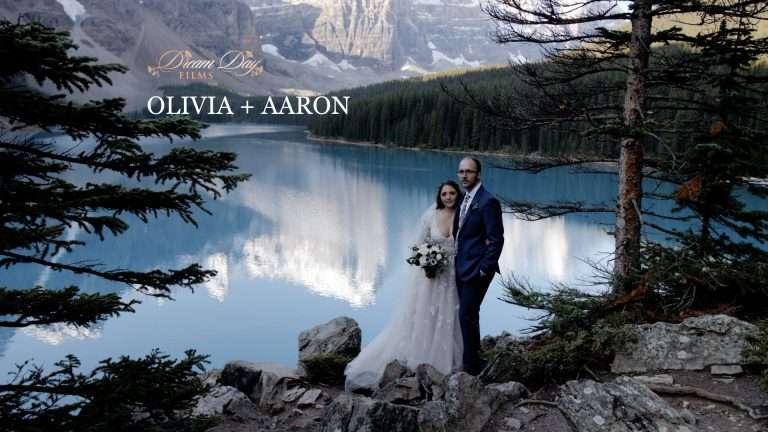 A lot of young couples feel pressure to hold a big wedding and invite all of their family and friends. That’s great, but often very… 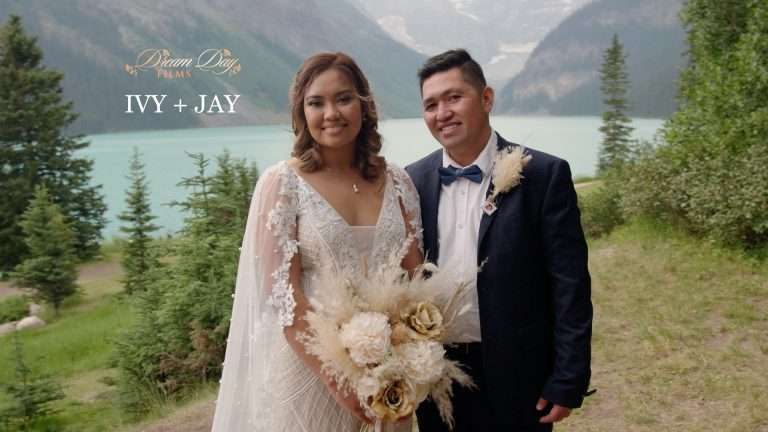 Ivy and Jay planned to have an intimate Lake Louise wedding. It’s a stunning location, and since it was the height of summer there were… 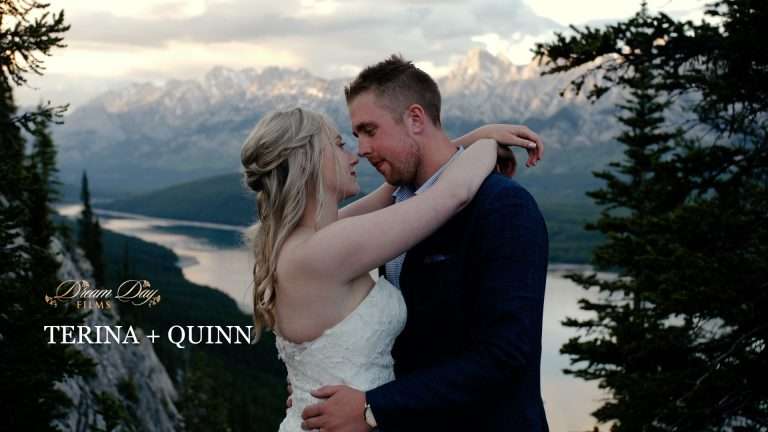 2020 has been quite the year for weddings. Adventure loving couple Terina and Quinn come from Manitoba, and were naturally concerned whether or not their… 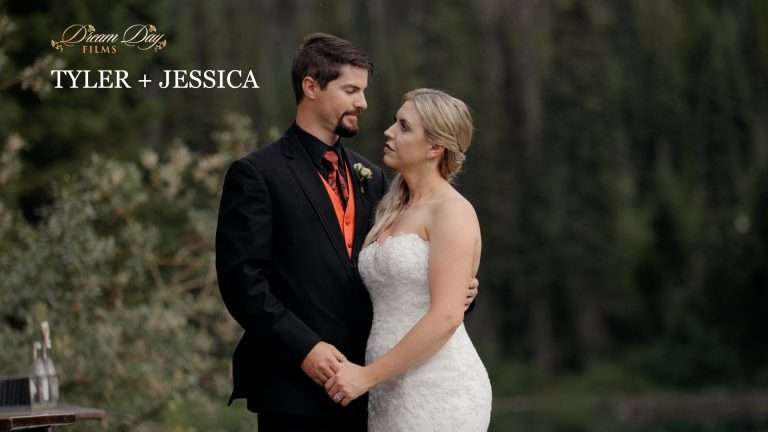 We absolutely loved filming Tyler and Jessica’s beautiful Emerald Lake wedding. Emerald Lake is an incredible spot, with some of the most amazing scenery in…